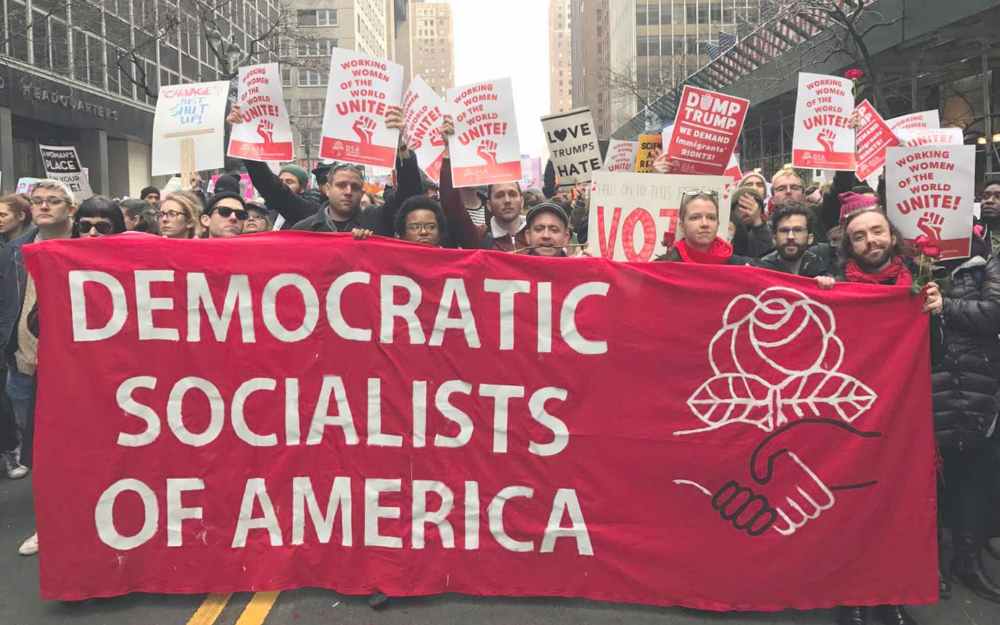 For those of you who are on the fence when it comes to “Democratic Socialism”, we are here to tell you not to be! Although socialism and democratic socialism only differ by a single, seemingly arbitrary word, the fact of the matter is that the word plays a huge role in how the two ideological systems differ. Here we’ll discuss exactly what democratic socialism is, and why it is the best thing for the United States moving forward.

Instead, the government will play a much more reduced role compared to being all-powerful as is the case in numerous purely socialist countries around the world. The role of government in democratic socialism is simply to help guide social and economic decisions in a way that will benefit the most people, which is where the word democratic comes into play.

A great example of this is tax incentives that are provided to businesses that keep jobs inside of the country rather than being outsourced to countries that can supply cheaper labor. In this way, each individual business is not truly mandated to behave one way or the other, but the end result is that most businesses (if not all) will be willing to keep jobs in-house. Businesses will get their tax incentives, more people get jobs, and everyone wins.

Another big component of democratic socialism and the belief of such a system is the idea that people are not solely motivated by greed and money when it comes to making decisions. This belief of people’s inherent motivations is a huge talking point for people who believe in capitalism – they believe that if people can’t get ahead through the capitalist system, that they will simply not try as hard.

But that doesn’t give any credit to the general human condition. Realistically, people will work hard at jobs that they truly enjoy doing. In addition, people in general have a sense of responsibility to their community that pushes them to do a good job and make a positive contribution to the society in which they are a part of. Because of this mindset, which again is inherently a part of human nature, democratic socialism is a system that would assuredly prosper, rather than crumble due to people presumably not working as hard.

While this all sounds great, many detractors will point to Venezuela as a country that is totally failing due to their socialist policies. In fact there are new stories of doom and gloom in Venezuela popping up on a nearly daily basis. However, the key here is that those policies were not based on democratic socialism, but rather regular socialism. To look at the true value of democratic socialism, people should look at countries such as Finland or Sweden – these sorts of countries implement policies that align with democratic socialistic ideals and they are quite prosperous overall. People there all have an above average standard of living, and poverty is virtually non-existent.

And the best part? Those countries have not even instituted democratic socialism fully as of this moment. Although these countries look great, there is still so much potential for improvement. And if America takes the leap and gains the support from voters to elect politicians who believe in the democratic socialistic system, we can become the gold standard when it comes to democratic socialism and how it can truly transform countries (and eventually the entire world) for the better!